How is your police agency responding to human trafficking?

Human trafficking is getting more “air play” in the media, more public exposure through film and television, and more legislative recognition, especially in western democracies.
However, there are massive gaps in our understanding of the issue, not least of which is our ability to quantify the size of the problem, and secondly to understand and respond to the issue.
While there are many agencies that have carriage of governmental response to human trafficking, and these vary greatly across all countries, I want to address the response of police agencies to this issue.

I’d like to address the major strategic components in a series of posts designed to help police leaders structure their organizational response to human trafficking.
What is Human Trafficking?

Quite simply, human trafficking is about exploitation, not about the movement of people.
While the term usually congers up images of young eastern European women somehow forced into the sex trade in Western countries by eastern bloc thugs, the reality is much more disturbing and invasive.

Let’s start with an understanding of what human trafficking is. Human trafficking exists when a person is forced to provide labour or services against their will, when they are enslaved.
The definition of human trafficking varies in jurisdictions around the globe, but virtually all contain elements of the United Nations definitions and/or the U.S. Victims of Trafficking and Violence Protection Act definitions, which include the concepts of:

Act: The recruitment, transportation, transfer, holds, conceals, harbouring, receives a person, or exercises control, direction or influence over the movements of a person.
Means: Through the use of force, fraud, abduction, deception, coercion, the abuse of power or of a position of vulnerability or of the giving or receiving of payments or benefits to achieve the consent of a person having control over another person, for the purpose of exploitation;
Purpose: Sexual exploitation, forced labour or services, slavery or practices similar to slavery, peonage, debt bondage, servitude, or the removal of organs;
Human trafficking does not have to involved chains, bars, locks or shackles. Victims can feel compelled to provide labour or services when there are threats of violence against them or their families, when they fear that they will be publicly shamed or otherwise exposed. These types of duress mechanisms are far more prevalent in human trafficking investigations than are locks on a door, or chains on a victim.

Some examples would include:

John wants a job with better pay for his family and he is approached by Peter, who offers him a job in a wealthy country for $10,000, which he will pay off when he starts work. John is moved to the new country, and is provided work for $1 per day. However Peter is charging John $2 per day for room and food, and he tells John that he can’t leave until his debt is paid off. John may not feel free to leave because: he doesn’t speak the local language; he is unfamiliar with the local community; he is afraid of the local police; he is afraid of being deported; he is afraid of his families safety. John continues to provide exploited labour out or fear and under duress, not by choice. He is a human trafficking victim enslaved through debt bondage.

Mary is approached by her Facebook friend Joan, and told of how she can make a lot of money is the “Escort” business. There is great pay, lots of nice places, and you only get involved with handsome and kind men. Mary expresses an interest, and Joan introduces her to Frank, who will “help” her. Mary is picked up by Frank and taken to a hotel where she is raped and then told she’ll be killed of she doesn’t follow instructions. She is then told to have sex with the clients that arrive at the hotel. Frank restricts her food intact; controls access, restriction her communications and periodically uses violence on Mary to reduce her resistance. Mary is moved from hotel to hotel and generates about $250,000 a year for Frank. Mary is a human trafficking victim.

A 2008 study undertaken for the US National Institute of Justice revealed that slightly less than half of the police leaders that took part in the survey in the United States, were aware of their State’s human trafficking legislation, and in some case their understanding of the law was in direct conflict with the actual legislation. A follow-on survey revealed that while police leaders may have had knowledge of the issue, few perceived it as a problem within their jurisdiction, with less that 10% of the agencies actually developing protocols, policies or guidelines for officers on responding to human trafficking.

Therefore, understanding the scope of the issue is the first stage of effectively responding to human trafficking. The next is an awareness of how it may manifest itself in your jurisdiction. These are the underpinnings of building an effective organizational response to human trafficking, in which police leaders can clearly articulate the issue to their organization, leadership team and political authority. 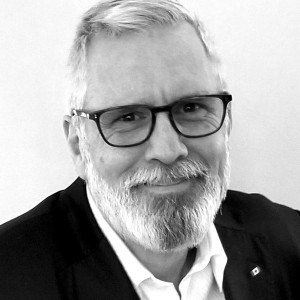 Jim has displayed his leadership skills across a broad spectrum of fields during his careers in a variety of countries, under many different circumstances ranging from international ministerial negotiations and international business development through to local community consultation and team building. He has studied political science and public policy analysis at the University of Toronto, and Ryerson University; he holds an MSc in National Security Studies and he is a Doctoral Candidate in Policing, Security and Community Safety through the John Grieve Centre at the London Metropolitan University. He is an Adjunct Professor at the Faculty of Social Sciences and Humanities at the University of Ontario Institute of Technology, and a Fellow of the Royal Society of Arts, and his broad range of experience, skills, knowledge and expertise have afforded him many opportunities to work in many different fields over the years.
All Posts »
PrevPreviousWelcome to our site
NextLeadership commitment in battling human trafficking.Next

The Global Research Epicenter Against Human Trafficking (known as GREAT) is a registered Canadian charity (CRA BN: 798215497RR0001) working globally to combat human trafficking. Donation from U.S, taxpayers are received through the American Fund for Charities a 501(c)(3) organization, EIN 52 2109597.